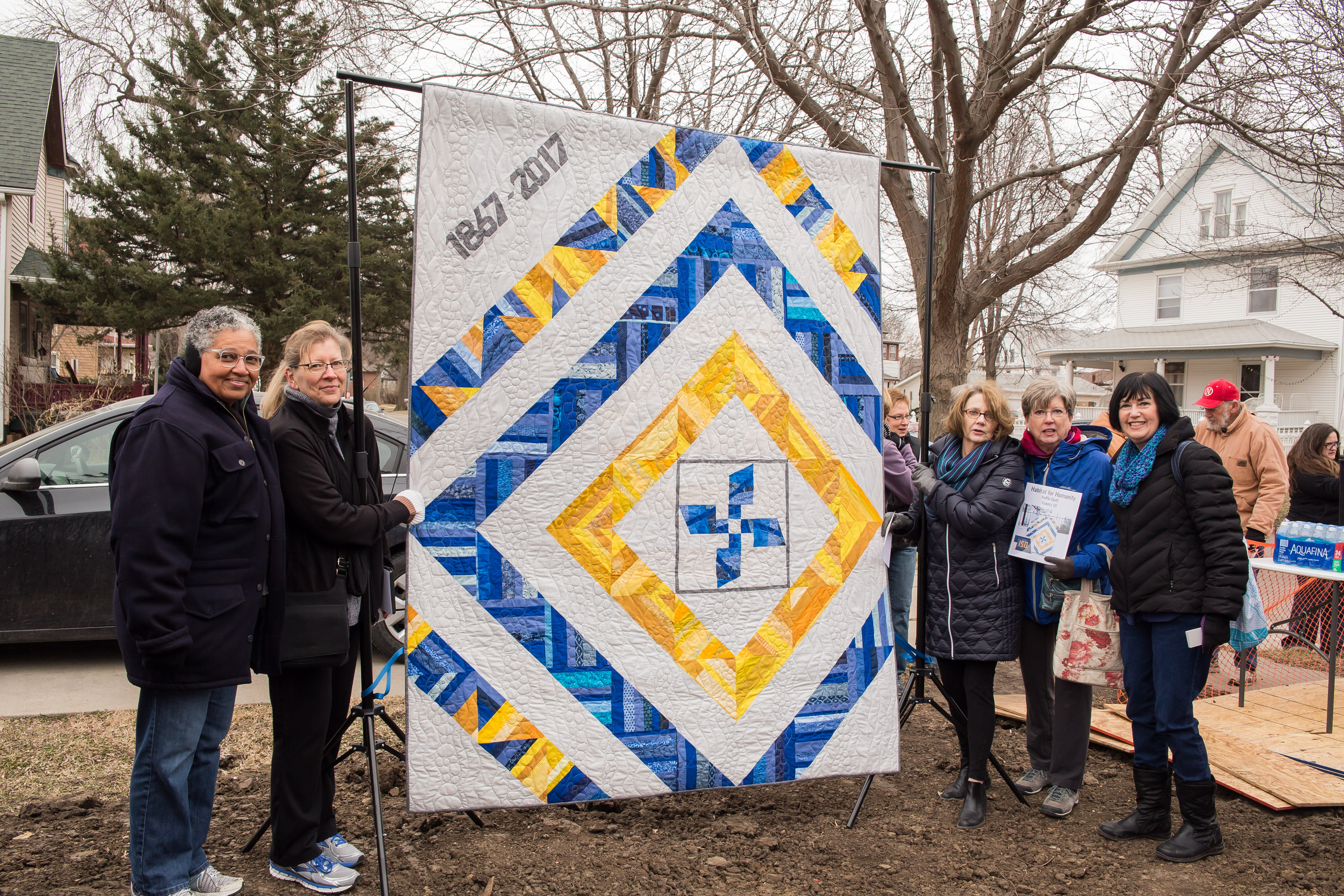 The members of the Guild make and present each Habitat homeowner with a “home” themed wall-hanging quilt, and pillowcases for each of our new homeowners and their children at the dedication celebration. Other quilters and I enjoy going to the dedications because all the hours of sweat equity and efforts of Habitat volunteers are realized.

Additionally, in 2017 the Guild made a quilt in honor of Nebraska’s sesquicentennial. We sold raffle tickets where the proceeds benefited Habitat Lincoln’s 150th home build which was in the same year.

Lincoln Modern Quilt Guild shares in Habitat’s mission of providing a safe, clean environment for raising a family. Its people helping each other. Nothing is more important that a home for your family. I love to see the joy of the new homeowners at the dedication of their new home.